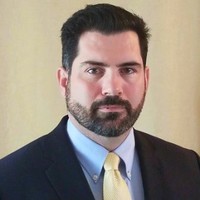 The purpose of this website is to educate others about the unethical business practices of Attorney Derek Patrick Riley, Esq., Law Offices of Derek Riley (formerly with Schank and Associates), for failing to keep records related to billing, for manufacturing billing records nearly 2 years later only to support his case during the hearing, and for depositing monies into a general account rather than a trust account. We are seeking recourse through the State Bar of California to suspend Mr. Riley's license to practice until this judgment has been paid in full.

UPDATE: September 6, 2018
We received a cashier's check today in the amount of $4070.00 to cover interest to bring this matter to a close. Thankfully, the California State Bar stepped in to bring closure to this issue that has been outstanding for over 2 years now. This website will remain active so that others are aware of the actions and behavior of Mr. Riley since his transgressions are not being made public by the State Bar. Future/potential clients should have the right to know who they are dealing with, especially when retainer fees usually begin in the $5000 and up range.

UPDATE: August 20, 2018
On August 23, 2018 we received a response from Isabel Liou of the Mandatory Fee Arbitration Program, dated Auguest 20, 2018, which is a copy of the letter they sent to Derek Riley. This letter outlines the following (link to full document below):

"Under rule 3.562(A) of the Rules of the State Bar of California, Title 3, Division 4, Chapter 2 (Rules of Procedure), you have 30 days from today's service of the request for enforcement to (1) provide satisfactory proof to this office of your payment of the arbitration award and interest; (2) agree to a payment plan that is satisfactory to Ms. Wolfenbarger or the State Bar; or (3) provide reasons, under Business and Professions Code section 6203, subdivision (d)(2)(B), why you should not be required to compLy with the arbitration award. Under rules 3.562(A) and 3.513(B) of the Rules of Procedure, your response to this office is due on or before September 19, 2018. Enclosed for your reference are copies of Business and Professions Code sections 6200 through 6206, as well as relevant excerpts from the Rules of Procedure.

Your failure to comply with a final and binding fee arbitration award can result in the imposition of administrative penalties. Under rule 3.554 of the Rules of Procedure, the administrative penalty that can be assessed against you is the greater of 20 percent of the award or $1,000.00. In the event the penalty is assessed and you fail to pay it, the penalty will be added to your annual membership fee for next year.


On November 2, 2017, Eric Blum and David Hesseltine, Co-Chairs of the Mandatory Fee Arbitration Committee, sent Derek Riley a document notifying him of the following:

"This proceeding is being conducted under the provisions of Business and Professions Code sections 6200-6206. PLEASE BE ADVISED that if (1) the client in this matter is awarded a refund of previously paid fees and/or costs; or (2) you and the client reach a mediated agreement which includes a refund of previously paid fees and or costs and you do not comply with that award once it has become final, or the written mediated agreement, the State Bar of California may place you on temporary inactive status until the award or agreement requiring such refund is paid."


On August 10, 2018, Melissa Wolfenbarger filed a Client's Request for Enforcement of an Arbitration Award with the State Bar of California citing that demand letters have been sent and Lawyer Derek Riley has willfully failed to respond.


According to The State Bar of California and AllCaliforniaAttorneys.com, Mr. Riley has had his license suspended twice since 2007 for failure to pay his Bar membership fees.